This memorial was contributed by Prof. Dr. Ulrich Magnus. 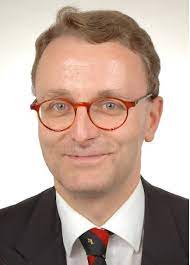 On 10 February 2022 Peter Mankowski passed away, entirely unexpected at the age of only 55. The European community of scholars of Private Law and in particular Private International Law lost one of its most brilliant and productive minds. He leaves behind the almost unbelievable number of about 1500 publications, not few of them counting 1000 and more pages. Even his annotations on court decisions were frequently longer and more intensely documented than many ordinary articles. And his footnotes! He truly used the entire legal materials (legislation, decisions, scholarly works and articles) accessible in Europe and he did not do it for ‘ornamenting’ his considerations but really delved into the sources and brought to the surface what was helpful for the solution of the concrete legal problem.

To this end, his education at the Johanneum, the renowned Hamburg Gelehrtenschule, laid the foundation with Greek and Latin. His study in at the law faculty in Hamburg, the two states exams there, a longer stay in London added to his abilities. Shortly after his habilitation at the University of Osnabrück with Prof. Dr. Christian von Bar he got his first chair: In 2001 he became professor for civil law, comparative law and private international and procedural law at the University of Hamburg. All he needed to become an outstanding scholar he brought with him: besides an excellent knowledge of law and procedure and the language skills the bright mind, the curiosity for new and complicated problems, the creativity and ability to solve them, his unbelievable spirit and endurance to work hard. And besides that, he was a wonderful colleague and friend, with wit and a very good sense of humour but also with great empathy if others faced serious problems. He himself had to undergo a heart-transplantation in 2012 and in 2014 a transplantation of a kidney which his mother sacrificed. I never heard him ever complain about his health problems. Not only in this respect he was incredibly brave and fearless. Peter leaves behind his parents. So many will miss him so much.